SANTÉ Realty Investments takes a new level of bringing great minds into the firm. The SANTÉ Founders Circle serves as an advisory board to the Executive Team in implementing SANTÉ’s purpose-driven mission of working to positively impact the next generation by investing in its highly profitable real estate investment funds. The expertise and knowledge of its members acquired through their broad education and unique experience in their own fields give them the ability to provide “out-of-the-box” and balanced business insights to the Executive Team. Embracing SANTÉ’s core value of relentless progress, the Founders Circle explore creative ideas that are beyond what is conventional by understanding and appreciating the entire perspective of a given situation. 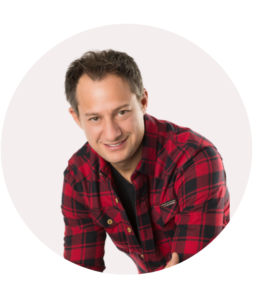 Being a renowned retailer, Mr. Stern greatly contributes to the broad set of expertise, skills, and perspective of the Founders Circle of SANTÉ Realty Investments. Mr. Stern is the Founder and Senior Advisor, as well as a major shareholder, of Moose Knuckles Canada, a Montreal-based global leader of luxury outerwear, sportswear, and accessories.

In 2019, Mr. Stern was awarded Ernst & Young’s Entrepreneur of the Year® 2019 for Québec, Canada for his relentless commitment to product design and technical expertise that launched Moose Knuckles Canada to unprecedented growth through the years.

Mr. Stern is a member of the External Board of Directors of Baboon to the Moon, an adventure brand with the highest-grade materials and most aesthetically pleasing bags. He is also the Owner and President of FDJ French Dressing Inc., a denim and apparel company for women.

Prior to founding Moose Knuckles Canada, Mr. Stern practiced as an M&A Attorney at the New-York based Skadden, Arps and was the Owner and President of Levy Canada Fashion Company.

As a member of the Founders Circle of SANTÉ Realty Investments, Mr. Etinson contributes in a significant way to the success of the firm in areas of artificial intelligence (AI), machine learning, and business intelligence. Mr. Etinson is a Tech Entrepreneur and Chairman of the Board of Groupe Access at Alfar Capital where he brings invaluable industry insight to his role of overseeing the company’s strategic and operational aspects.

Mr. Etinson was the Chief Executive Officer of Syntax where he spearheaded the software company’s transformation into a prominent North American leader in the IT Infrastructure business. In 2007, he launched an ERP-centric enterprise cloud offering and helped pave the way for a new cycle of corporate growth that has made Syntax one of the largest SAP & Oracle Public and Private cloud solution providers in the world.

Mr. Etinson graduated from McGill University and began his career working at IBM selling complex IT solutions to midsize enterprises. He holds a Corporate Director Certification with Harvard Business School Executive Education. He is an active member, and on the board, of the Young Presidents’ Organization (YPO), and manages an investment network that he initiated with other like-minded entrepreneurs. 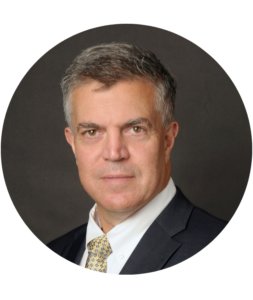 As a member of the Founders Circle of SANTÉ Realty Investments, Mr. De la Garza lends consultative services to SANTÉ in real estate and investment banking, with a particular focus in general management and corporate and project finance for both operations within and beyond US borders. Mr. De la Garza served for nine years as the Chief Financial Officer before given additional designation as CEO and President of Corporate Properties of Americas (CPA), one of the largest developers of industrial real estate properties in Mexico, funded exclusively by the State of Washington Pension Fund. During his tenureship, from 2003 to 2015, CPA grew from 2 million square feet to 33 million square feet of GLA, becoming one of the largest owners of industrial real estate in Mexico.

In addition to his previous broad professional experience, he was a Finance Director for Latin America with International Water Limited (Bechtel), Investment Officer for the International Finance Corporation (World Bank), Operations Manager with Schlumberger, and an Independent Consultant to institutions such as the North American Development Bank, Hewlett Packard and Alterra Partner. Currently, he serves several Board of Directors in different business organizations both in the USA and Mexico.

Mr. De la Garza earned his Bachelor of Science in Mechanical and Electrical Engineering with Honors from Instituto Tecnológico y de Estudios Superiores de Monterrey (I.T.E.S.M), Mexico, and a master’s degree in Business Administration from INSEAD, Fountainebleau, France. Having been born and raised in a Mexican family culture, Mr. De la Garza believes in the importance of family, and ensures that he spends some quality time with his daughter who is in college and son who is in high school. His activities outside of his career mostly include travel and photography plans together with his family. 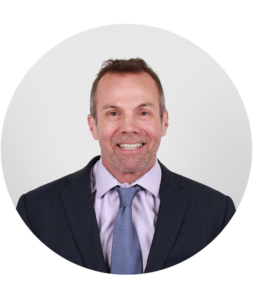 As a member of the Founders Circle of SANTÉ Realty Investments, Mr. Fink brings great deal of real estate experience and knowledge to SANTÉ. Mr. Fink is the co-founder and Managing Partner of the Bascom Group, LLC (“Bascom”) which has completed over $19.7 billion in multi-family and commercial value-added transactions since 1996 including more than 343 multi-family properties and 88,630 units. Prior to founding Bascom, Mr. Fink acted as a Senior Acquisitions and Sales Manager from Pacific Mutual Life Insurance Company. His responsibilities included market assessment, property identification and negotiation, and the acquisition and disposition of real estate investments.

Mr. Fink holds a Bachelor’s degree in Electrical and Computer Engineering and a Master of Business Administration in Real Estate and Finance from the University of Wisconsin-Madison. He is a member of the Institute of Real Estate Managements (IREM) and Turnaround Management Association (TMA). Mr. Fink is a licensed real estate broker in the state of California, a Certified Commercial Investment Member (CCIM), a Certified Property Manager (CPM), a Certified Mergers & Acquisitions Advisor (CM&AA), and a Certified Turnaround Professional (CTP). He is a member of the USC Lusk Center for Real Estate Executive Committee, and is currently serving on the board for the Young Presidents Organization (YPO) California Coast and California Coast Gold chapters. 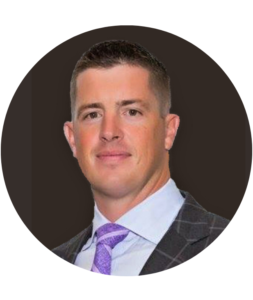 As a member of the Founders Circle of SANTÉ Realty Investments, Mr. Mead helps bring out of the box thinking and advises in building creative go-to-market strategies like SANTÉ’s sale-lease back financing program for real estate developers in SANTÉ’s ground lease fund. Mr. Mead currently owns Pate Trucking Co., LLC, and has grown it to become the largest privately held oil and gas trucking business in west Texas and eastern New Mexico. He is known for implementing industry leading and innovative ideas in handling oil and water in the fracking industry including its processes of storage, disposal and recycling.

Over the years, Mr. Mead has shown particular expertise in real estate where he has brought his innovative business acumen to engineer value into the numerous properties that he has purchased.

Personally, Mr. Mead is proud to have been married for 20 years with 2 sons. Outside of work, he enjoys fly fishing, snow skiing and high-performance offshore boat racing. It is Mr. Mead’s greatest achievement of building a third-generation family business and growing his company’s number of employees from 36 to over 400.

As the first person to join the Founders Circle of SANTÉ Realty Investments, Mr. Schouten assists in providing a long-term vision of a high yield growth to SANTÉ. Mr. Schouten is the President, CEO and Owner of Diversified Roofing, a second-generation industry leader and the largest roofing specialist in Phoenix, AZ and Houston, TX areas. Mr. Schouten’s company aims to protect the greatest assets of its clients in a way no other roofing company can by understanding that its clients are not just buying roof that withstands the test of time, but also peace of mind.
Mr. Schouten is very active in the construction industry and his community.  He sits as a member of the Board of Directors of several organizations: 39N Diversified Roofing Holdings, LLC, Tile Roofing Alliance, National Roofing Partners, and extends to socially responsible associations such as Boys & Girls Club of the Valley and Association for the Recovery of Children, which fights child trafficking and provides safe shelters for the victims. He has also been an active member of the Young Presidents’ Organization since 2020.
Mr. Schouten is proud to have been married for 21 years with a son in college and a daughter who will soon be graduating in High School. As a pilot with a commercial rating, one of his hobbies is aviation along with boating and hunting, during his spare time. Motivated by building and growing people as well as businesses, Mr. Schouten takes great pride in helping to foster both personal and professional development of his employees both inside and outside his company.

1All projections and forward-looking statements are based on the information available to the Fund and its analysis of the same. They are not promises of performance or specific returns, and all case studies and historical statements are provided for informational purposes. They are not promises of future performance or specific returns.